Expedition Arguk is committed to sharing our experiences and information about the Arctic through talks and presentations. If you and/or your organization are interested in hosting a presentation, please feel free to get in touch.

Science Pub at the Tap Root

Expedition Arguk was the featured presenter for the January 2014 Anchorage Science Pub, at the Tap Root. The house was completely packed, and the event organizers told us that this was the most well-attended Science Pub they'd ever had! We had a great time talking about Arctic issues and sharing slides, advice, and information from the trip. This was our first public presentation and the attendance and reaction was very encouraging. Huge thank you to everyone who attended, and especially to Jackie Cason for setting up the event!

Alaska Commons wrote an article about the presentation and the expedition, available here. (Backup copy here.) 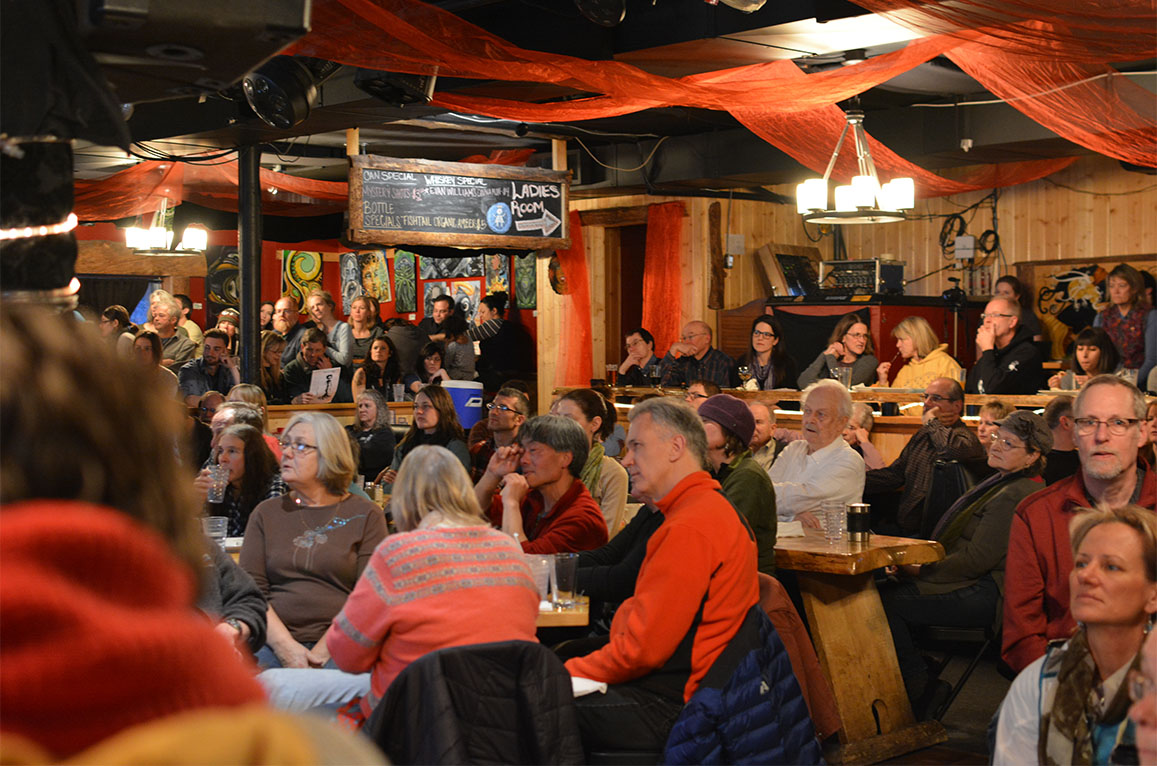 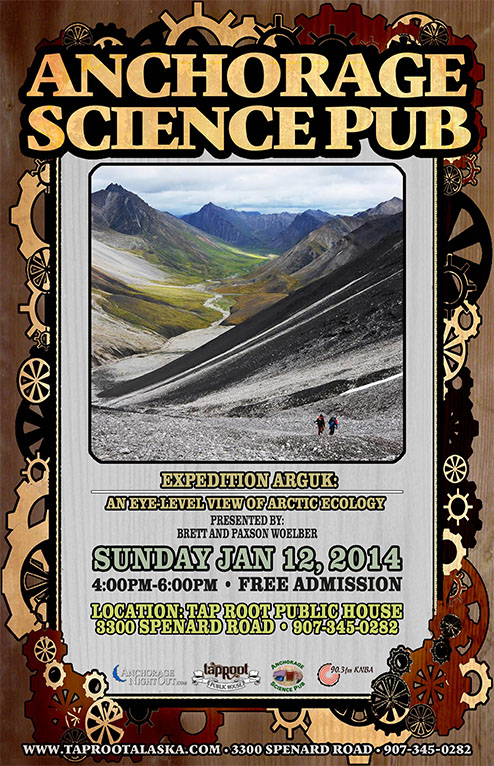 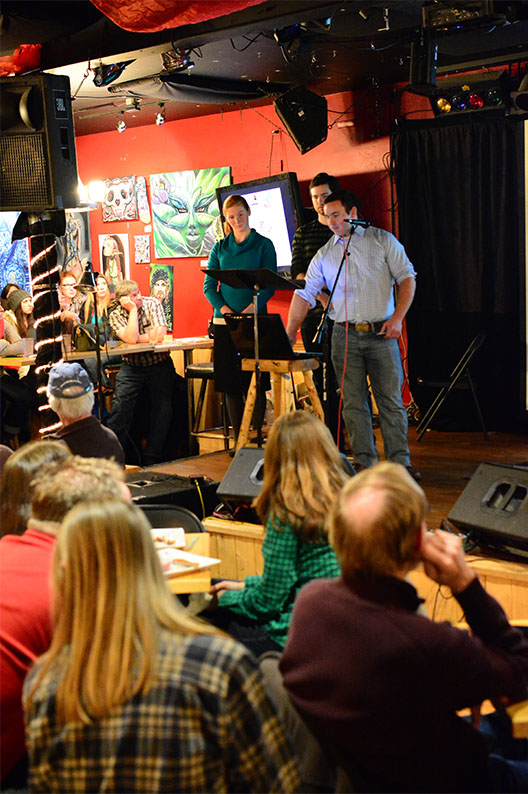 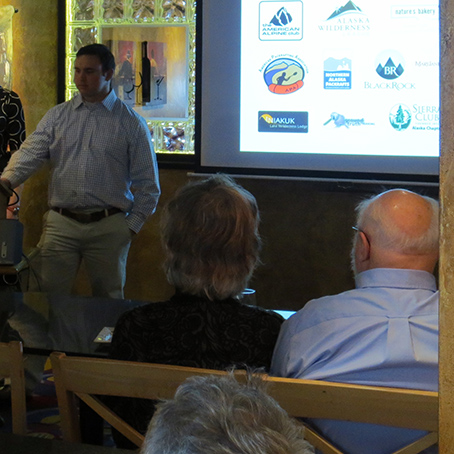 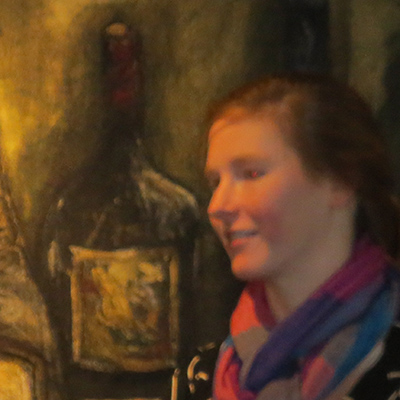 Brett and Chelsea presented a private talk, slideshow, and short film pre-screening to the Harvard Yale Princeton Club of Alaska, as part of their lunch talk series.

Brett and Chelsea presented a slideshow and spoke to students of Professor Jackie Cason's Arctic Policy class at UAA. 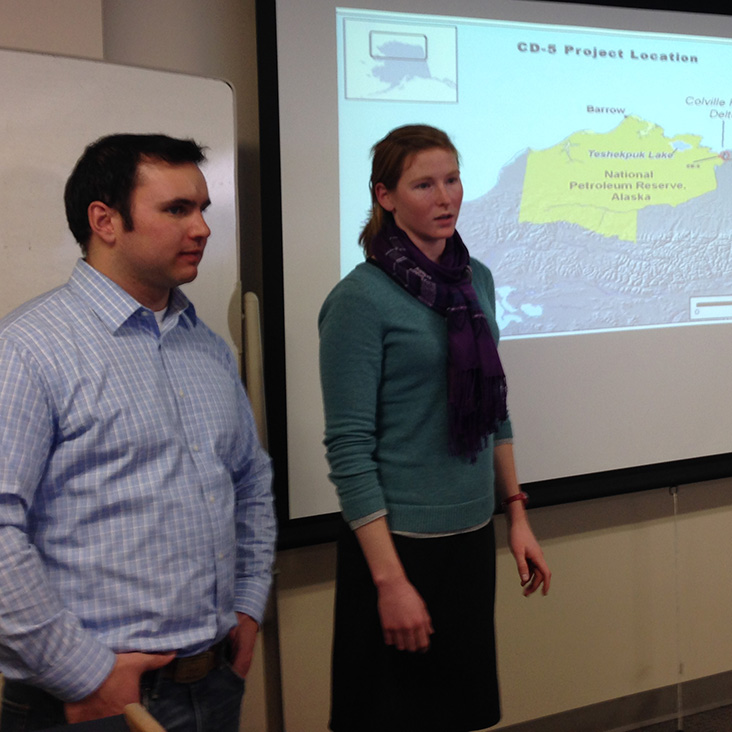 Crowdfunding AK was an event hosted at Bear Tooth in Anchorage, to help attendees "learn more about how crowdfunding is changing the face of fundraising and the way people access capital." The panel included Danae Ringelmann, a co-founder of the Indiegogo crowdfunding platform, along with a number of Alaskan groups that have launched successful crowdfunding campaigns.

Expedition Arguk members Brett and Chelsea participated in the panel to discuss our Kickstarter campaign, which raised $5,370 and closed with 134% of the target funding.